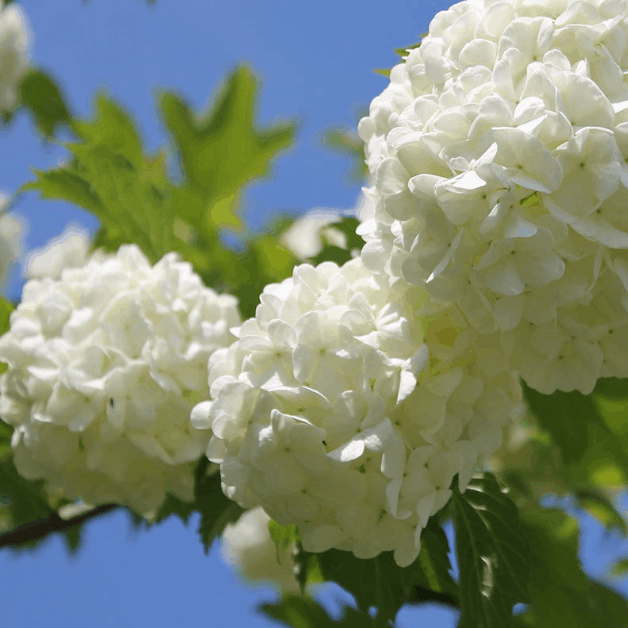 The viburnum family of shrubs contains a large number of species that are available as landscape plants. Two of the more common garden varieties grown on PEI are the high bush cranberry (Viburnum trilobum) and the spring flowering snowball tree (Viburnum opulus). The snowball tree has delightful round balls of flowers that bloom the same time as lilacs, while the high bush cranberry has flat corymbs of chalky white flowers that develop into clusters of lasting bright red berries.

Over 10 years ago, the province had a severe infestation of viburnum beetle. Many forest stands of our native witherod or wild raisin (Viburnum cassinoides) were completely decimated and soon after the beetle moved on to attack both the high bush cranberry and snowball tree.

The life cycle of the beetle is the primary reason it can wreak so much havoc and devastation. In spring, eggs overwintering in the branches hatch their caterpillars at the same time tender new leaves emerge. The beetle’s presence will initially be seen as small pin pricks and holes and within a few weeks the shrub is often skeletonized. By the end of June, the caterpillars crawl and fall to the ground to pupate in the soil and the shrubs will begin to put out a second flush of foliage.

After 3 weeks, the second invasion begins with the emergence of the winged beetle. The adult beetle feeds on the second flush of growth and strips leaves back far worse than the first attack. At the end of August, the beetles drill holes into stems and lay their eggs and the cycle is ready to begin next year.

Control of this pest can be achieved but takes a multi-stepped approach for success. Pesticides such as Malathion can be used during the caterpillar stage but are best left as a last resort to protect pollinating insects.

Dormant oil can be used at a 4% solution in spring, before the viburnum leafs out. Follow directions regarding application. This application will smother many of the eggs before they have a chance to hatch.

Pruning out the branches with the egg nests will also help. They look like swollen raised bumps about 1/3”(1cm) in diameter. The pruned twigs should be burned or removed to a landfill.

A sticky barrier such as Tanglefoot can be painted on a 1’ (30cm) band around the trunks of the shrub. As the caterpillars begin their descent to the ground to pupate, those that crawl down will be caught in the stickiness and perish.

Another trick is to lay a very thick layer of mulch from the trunk to the drip line in early July. I discovered this after putting an 8” (20cm) layer of raw forestry mulch around my shrubs one year. It gave the beetles a bigger challenge when emerging from the ground.

Last year’s late frost on June 11 followed by a hot, dry remainder of the month also decreased the number of eggs that hatched.

Overall, the population of this pest is declining, primarily because the insect has destroyed much of its natural forest food source. Although it has been a challenge for the past few years it’s calming to know an end is in sight and vases of snowballs mixed with lilacs will once again appear. 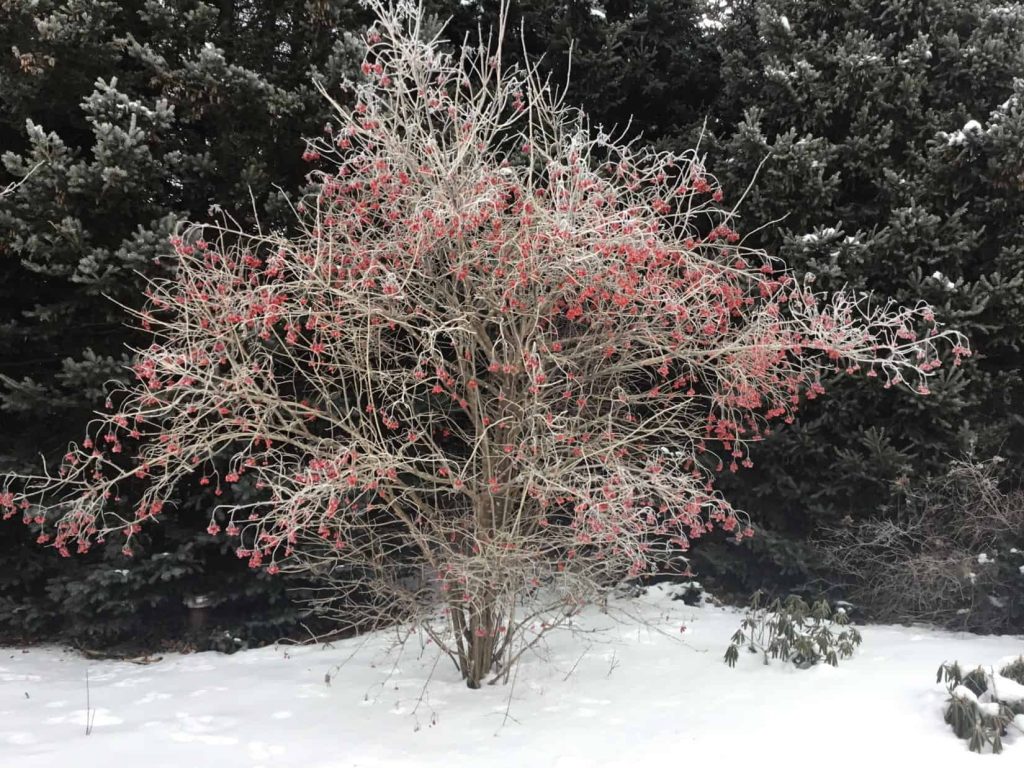