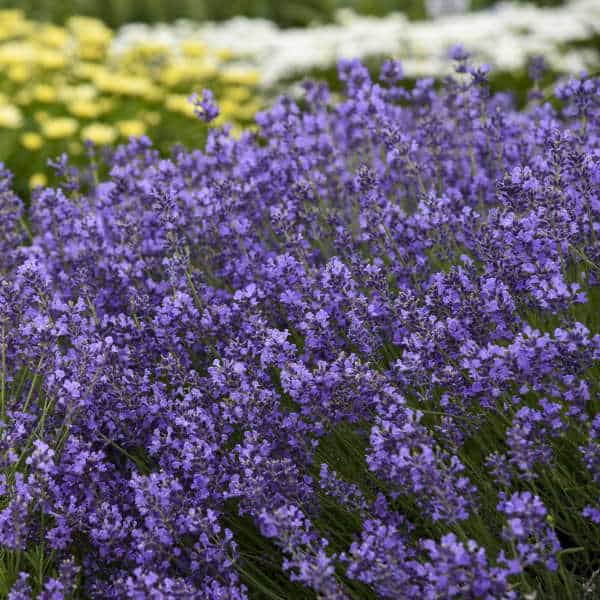 Almost 50 years ago I was fresh out of university and was working as a private gardener for an estate in Mississauga, Ontario.  The owner, who had the wonderful gardener name of Mrs. Iris Appleby, was an octogenarian who had emigrated with her husband from Wales in the 1920’s.

Being a young bride, she suffered some homesickness so her father in the UK would send her the local newspapers.  She was delighted when one week he included slips of lavender from his garden.

Mrs. Appleby managed to root a number of slips and she put them throughout the garden.  When I started working for her almost 50 years later there were beautiful fragrant masses that offered a big showing in her perennial borders.  I was amazed at how it was:  it grew well in sandy soil, was drought tolerant, disease and insect free and even the salt from the road didn’t seem to damage it.

Flash forward to today and I now have lots of lavender growing in my own garden.  Some is the original Welsh variety that Mrs. Appleby shared with me. The rest is made up of named varieties from two great gardens in England:

Lavender usually flowers during the best weather of summer from the middle of July into August.  The astringent but refreshing fragrance will waft upstairs to open bedroom windows on a summer night and offers a relaxing and rejuvenating sleep.  The scent also takes me back to my childhood when my grandmother would put lavender oil on our pillows to help us breathe when we were suffering chest colds.

Maintenance of lavender is usually a hard shearing back in the Spring.  The stems of the plants may become woody after a decade so if the plant isn’t being as prolific as it could be, I’ll pull it out and replace it with a self-sown seedling that has volunteered itself in the same vicinity.  Spittle bugs will leave some of their froth on the stems but other than that lavender is very insect resistant.

Lavender is also a great plant as a natural mosquito repellant.  The scent of dried lavender leaves and flowers sewn into a sachet will keep clothing smelling fresh and clean and deters moths from woollens and closets.  The strongest scent is obtained if the flowers are picked just as the first buds begin to open.

An easy to grow, reliable and disease-free plant known to induce calmness and relaxation and reliably perennial, Hidcote and Munstead lavender deserve a space in every garden.