Plants to Know and Grow: the Marigold 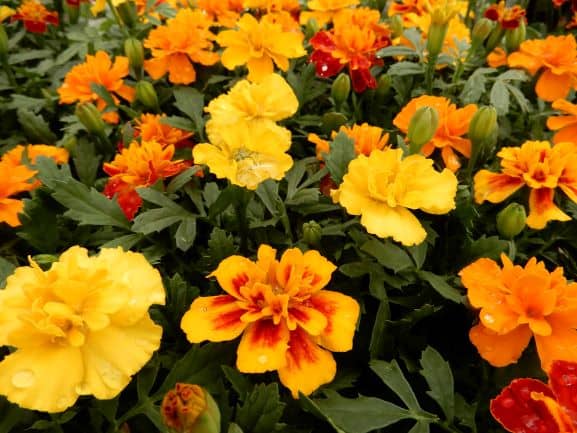 This time I’ve chosen a plant that is well used, often overlooked and has a lot of positive qualities that just may make it better appreciated: the marigold!

The marigold has been making its appearance in the flower garden for a few hundred years and with good reason.  This bright-coloured annual needs to be replanted each year and is best known in two species: the shorter compact French marigold (Tagetes patula) and its taller robust cousin, the African marigold (Tagetes erecta).  Cross hybridization between the two have created a greater range of sizes and colours that have the positive benefits of both parents.

Marigolds are one of the easier plants grown from seed.  Seed itself can be easily collected from last year’s flowers and saved over the winter. As a child, I used to sow African marigold seed directly into the garden, where it formed a two foot hedge by August and flowered almost to November.  They always made it into the Thanksgiving dinner table bouquet, having one of the best frost tolerances of any annual, being able to survive temperatures of up to -3 degrees C.

Although traditionally orange in colour, today marigolds come in yellows, creams, greens, bronzes, reds, golds and combinations in between in a riot of harvest colours.

The astringent gassy fragrance of the marigold is part of its self-protection from insects.  The sharp pungent scent of these plants also helps deter insects from other plants and marigolds work as a valuable companion planting among carrots, tomatoes, potatoes, cucumbers, squash, lettuces, beans and onions.  Planted around the house and in containers, they also help keep mosquitoes at bay.  The marigold also inhibits nematodes (tiny wormlike creatures in the soil) that cause problems in carrots, beets and other root vegetables.

And when it comes to growing, these couldn’t be easier.  Whether a box plant or direct seeding, they can be planted out after June 1st.  Keep an eye on the amount of moisture they receive for the first few weeks while they establish themselves, but after that they can fend for themselves other than in severe drought. Deadhead (remove the spent flowers) and save the seeds for next year!

The sturdiness of the plant makes it great for young children to plant in their first garden, and the narrow leaves offer some salt tolerance for gardens around the ocean.  Seeds are available now and plants will be available in the Kool Breeze Farms greenhouse May 2021. 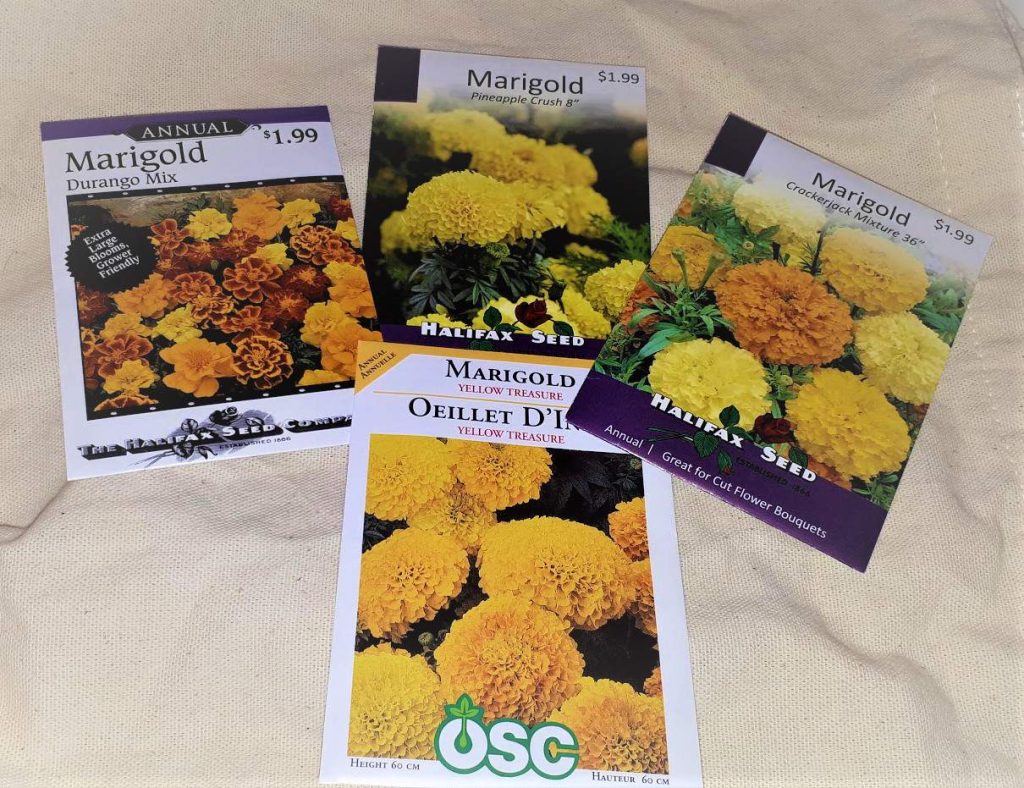